[EXCLUSIVE] Mississippi's Own King Venom Has Been Blazing His Own Path Born & raised in the Queensburg area of
Laurel, Ms aka Baby LA. King Venom has
been blazing his own path to becoming a
great MC. Using his pain as the ether
binds him to his supporters. His early
influences were Tupac, Bone Thugs-N-Harmony,
E-40, Mac Dre, Nas, Outkast, Eminem, T.I.,
B.G., and Tech N9ne. These MC's were the
foundation King Venom used to craft his
own unique style. One that is story-driven,
introspective, motivational, hyper-lyrical,
and forever evolving. 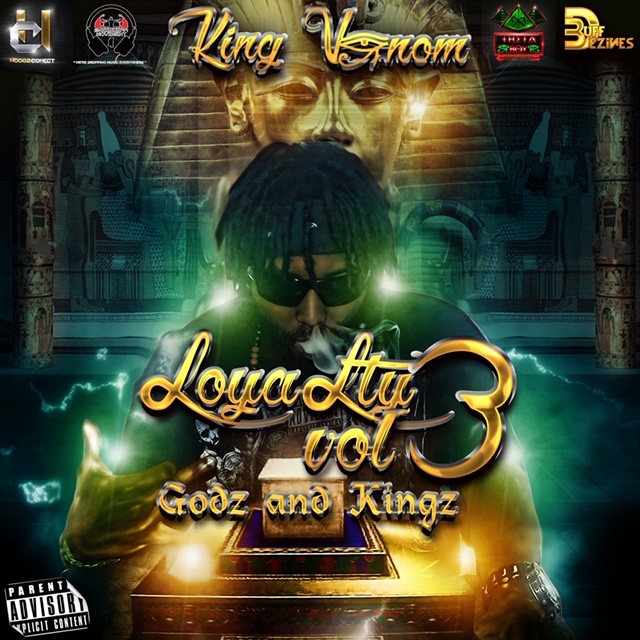 King Venom has been writing, recording, and
distributing his own music since eight years
old. In 2005 he started his own recording label
Theta Boy Ent. Which current roster consists of
King Venom, RedZone Reaper, Queen S.T.A-R, Kamo-Slimm,
and Lavi$h Mac. As King Venom traveled across the
country he released several unofficial mixtapes
building his support base. He considers his fans
as supporters because he pours his soul into
the mic to build them up when they are
feeling down and alone. While the love
his supporters show does the same for him. 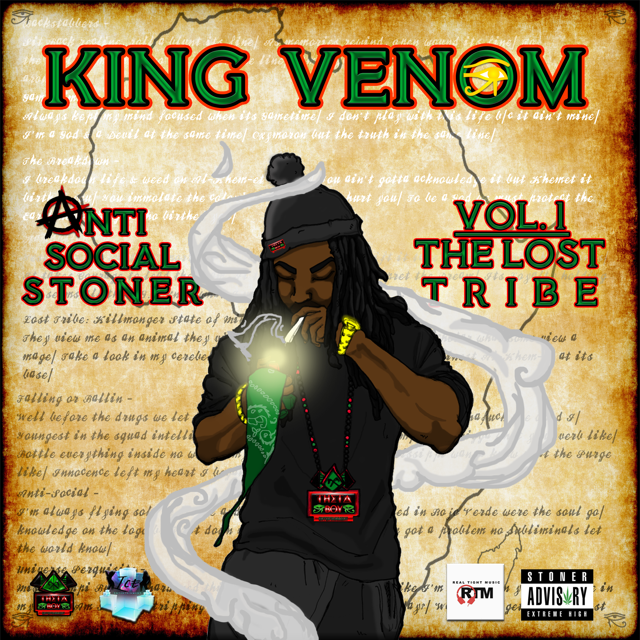 In 2009 he began his "Loyalty" mixtape series
and truly began to craft his own brand of Lyrical
Southern Hip-Hop. If the saying "The strongest sword
is forged in the hottest flame..." is true then
King Venom is Damascus Steel. Out of the darkness
that has tried to consume King Venom he emerges
with his 3rd Eye open. King Venom will be releasing
his new mixtape "Anti-Social Stoner Vol.1: The Lost Tribe"
and his podcast series "Blunt Talk TV" MARCH 15th 2019!!!
Let the evolution of lyrical equivalent exchange begin!!! Asé