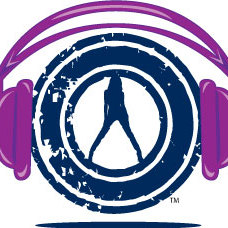 April 9th, 2020 (Hollywood, FL) Global Vybz Entertainment is ecstatic to announce the new single and visuals for Picasso V’s “Distance” are finally complete and ready for their debut!! ‘Distance’ is that single that you can envision happening the…
Aug 30, 2020
0 Comments
Amanda MzOnPoint Goldben posted videos

Do you want to be promoted throught battle
Absolutely!!

Gary, Indiana native, GI Gizzle currently based out of Minneapolis began his music career at the young age of 12, rapping and writing lyrics. He has collaborated and rubbed elbows with some of the industry's top artists including Boosie, Sauce Walker and more, along with some of the top producers. While his roots are deep in northwestern Indiana, he moved to the Twin Cities of Minnesota at a young age and continues to go back and forth for his music career. He prides himself on originality and… Continue

jordan's first single from the 'Swing Your Sword' EP 'Bigbodythehills'

jordan is an American vocalist and guitarist from North Carolina. Genres by themselves are limiting... so he uses multiple to tell stories. From a young age jordan was drawn to instruments, and developed his blended sound early on by exploring many over the years.

jordan is joined on his journey by 'Halo',…

After graduating from college in North Carolina, Banx wasn’t surrounded around much motivation. Many of his childhood friends either turned to drugs or the streets, so Banx had to make a decision on the type of person who he wanted to become.

Isolating himself, he began to pursue and practice music as a way to channel his… Continue

St. Paul, Minnesota; DB THA RASTA (DB), born in 1989, American Hip-Hop artist drops his latest mixtape “Just a Reminder”, hosted by DJ Enferno. “Just a Reminder” is a solid 11 track project which features a wide variety of sounds, through the assistance of various producers while DB Tha Rasta does what he does best…drops dope lines with remarkable delivery guaranteed to make you vibe throughout the entire project. DB is not a rookie in the hip-hop industry, his first record, “Trap Boomin”… Continue

Do you want to get your music video or commercial approved and featured on wee battle.com front page for only $50 per month for a year

judith38@hotmail.com
Hello.
My Name is judith i want to your profile today at (weebattledotcom.ning.com) and i love it i think we can click from their!please i will like you to email me back through my email thus;(judith38@hotmail.com) am waiting to receive your lovely reply soonest!
Yours
judith!
please contact me through my email address so i can give you my picture and tell you my date have a nice day